Dan McNeil was born in Toronto in October of 1962. He grew up in a home surrounded by books and music, ensuring that he would have a love for both. When he got older, his love of all things trivial led him to make an appearance when he was 16 years old on the CBC television show “Trivia” where his team managed to make it all the way to the finals.

He spent much of the 80’s playing in bands around Ottawa, later writing and recording two albums of original pop rock with his cousin and song-writing partner Steve Casey. The two had some success, winning a number of song-writing contests including the prestigious NSAI (National Songwriters Association International) competition in 2002.

Dan spent 24 years at CHRO TV in Ottawa as a camera operator and later as senior editor for the station, often composing much of the music for many of their local productions. It was during this time that he decided to try penning a novel.  His first book, “The Judas Apocalypse” was published in 2008. His latest offering is “Can’t Buy Me Love,” a light hearted romp about a heist during the Beatles’ first visit to the United States in 1964, was released September 13, 2012.

What question do you wish that someone would ask about your book(s), but nobody has? Write it out here, and then answer it.

Q: Why did you decide to write “The Judas Apocalypse?”

A: I just wanted to see if I could do it. I used to write music (songs, that is) and decided that I wanted to give novel writing a shot. Except for essays and short stories in school about a hundred years ago, I had never written any real prose. I had always played around with the idea for the story in my head and one day decided to put it down on paper. I figured, if I could pull it off, it would be something that I might continue to pursue. It took me roughly 4 years to put it all together (researching, writing and editing). A big job, but I was pretty happy with the result.

Q: Why did you decide to write “Can’t Buy Me Love?”

A: Many years ago I’d read somewhere that when the Beatles performed on the Ed Sullivan Show in February 1964, no major crime was committed in NYC, as everyone stayed in to watch the show. It occurred to me that it would have been the perfect time to rob a bank and so “Can’t Buy Me Love” was born, the story of four ne’er-do-wells who plan to knock over the same bank they tried to hit twenty five years previously. It was an idea that bounced around in my head for years, so I decided after finishing the first book that I’d give it a go.

Not really. When I do write, I prefer to do it early in the morning. I’ll get up a few hours earlier than usual and I find that there’s no distractions, no phone calls etc., so I can get quite a bit done. Other than that, I don’t have any weird rituals or habits.

When I was writing “The Judas Apocalypse” I had one spurt of creativity that saw me bash out about six chapters at once, then I hit a block for about a month. It was like my head had squirted out everything it had then needed about thirty days to fill up again. When I hit a writer’s block there’s not a damn thing I can do to force it out. It has to be released in its own sweet time.

I’m trying to decide between a couple of ideas I have right now but I’m not sure which one I want to do. Both of them are historical so will take some time to research each of them. I’m also spending quite a bit of time promoting “Can’t Buy Me Love” right now, so my writing time is somewhat limited at this time.

Both books take place in the past (“The Judas Apocalypse” in the 1940’s although it does go back even further than that in some spots and “Can’t Buy Me Love” takes place during Beatlemania in 1964). I’ve always loved history and when I decided to write, I knew the plots would have to take place in the past. I’ve always found historical novels far more fascinating than contemporary novels and I certainly enjoy writing them.

Have you ever had an interesting, funny, or even bad experience during a live interview, reading, event, or autograph session?

I was once on “Live at 5” in Kingston doing a live interview for “Can’t Buy Me Love” back in August 2013. The host is actually an old friend of mine, Bill Welychka (we both used to work at the same TV station here in Ottawa). I had forgotten to turn off my cell phone before the interview (no ringer, but on vibrate) and right in the middle of the interview someone called me. The phone happened to be in my front pocket, wedged right against a delicate part of my anatomy. When the phone rang, it was like a little shock against my groin. My eyes popped and I literally jumped out of my seat. Bill looked at me like I was nuts. When I told him my phone went off, he said “Oh, that’s good TV.” I’ve worked in television for close to 30 years – you’d think I would have known better. If you can find the interview on their website or on YouTube, you can see the moment. Pretty embarrassing.

My biggest fear was not that readers would find the writing bad, that the plot was unbelievable, that the dialogue was terrible or that the characters were trite and one dimensional. Actually, my biggest fear was that the reader might find it boring. If a book is boring, it has committed the worst sin it can ever do. Books should never be boring, so when I wrote my books, I made sure that they were the kind of things I myself would find exciting. I believe I managed to do just that. They’re certainly not boring!

Sure. If it’s a particularly nice one I may even comment to say “thanks” but I’d never respond to a bad one. There’s no point. People have their own opinions and they are allowed to express them. I know there are cases where sometimes the criticisms may become personal, but in those cases I’d prefer to ignore that kind of negativity.

In both cases, I actually had real life people as characters pop up in the books. For instance, in “The Judas Apocalypse,” one of the characters, archaeologist Otto Rahn, actually existed. He was also one of the influences for Indiana Jones in “Raiders of the Lost Ark.” In “Can’t Buy Me Love,” the Beatles, of course, have to make an appearance. It’s interesting to put historic people in fictional situations. I find it tends to make the story really come alive.

I think they both have their place. Ebooks are of course very convenient, especially if you are a voracious reader and tend to buy a lot of books, but there’s something very comforting about a print version of a book. I have a Kindle but I love the feel of the pages as I read. I’ve been reading my whole life and so I’m more used to actual pages than a touchscreen.

“The Judas Apocalypse” required close to 3 years of research. The plot involves the search for the lost Cathar treasure during World War 2 and it was necessary to get the history, the locations and even in some cases, some theological issues correct or else the story just wouldn’t work. When I began the research for it I naively thought it would take a couple of weeks to complete it all. How wrong I was, but in the end, I was very happy with the result.

Typing “The End.” No doubt about it.

Connect with more from Dan McNeil 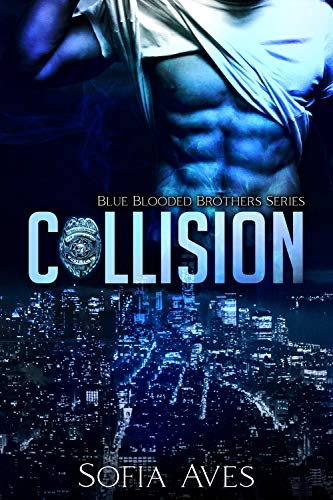 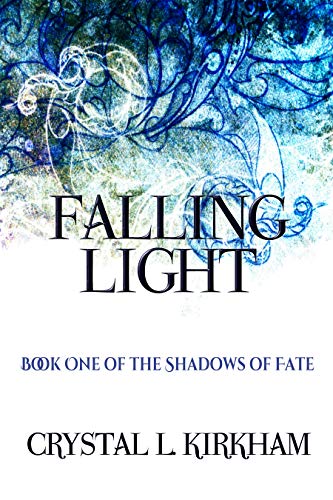